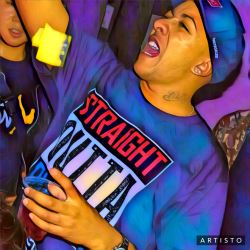 http://rblmag.com/rob-mellow With notable music talent, Rob Mellow’s becoming a known presence in the music business and is making a name for himself. From innovative and vanguard lyrics to impactful performances and styles, the music’s speaking for itself and people are listening. Don’t sleep on Rob Mellow because the musician might just have something ready for release that’s purely unexpected. Born and raised in Colorado Springs, CO, this upcoming artist began rapping at the age of 12. “I actually started making beats at 17 and recording until I was incarnated in 2005. I have lived all over since then and everywhere I have been I have done music. I want to make music for people who can relate to me and people who are struggling,” Rob Mellow reveals. He grew up overcoming obstacles and with his music he wants to send the message that despite your odds you can overcome the odds. In 2017 Rob Mellow is going to live out his dream and is going to tap into as much exposure, into as many collaborations, and into any opportunities he can. He’s currently working on his 2nd EP titled King Mellow.