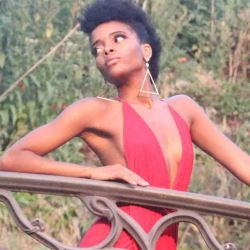 AlxZandria is a Singer/Entertainer from Pennsylvania who made her debut in 2013 starring in the S. Charli Productions stage play "BLUE", later receiving the "Momentum Award for Best Inspirational Song" after releasing her first CD "Last Forever". AlxZandria is currently working with Grammy nominated producers on new music, and plans to shoot for a deal with a major record company. She also performs at public and private venues throughout the US, covering a variety of areas from R&B, Soul, Pop, and Funk. AlxZandria always strives to leave an impression; singing with a captivating sound, sporting unique, eye catching costumes, and on uptempo songs her choreographed dance routines often leave folks begging for more. Her overall mission as a performer is to give every crowd "ALX" which stands for "A Lit Xperience"!